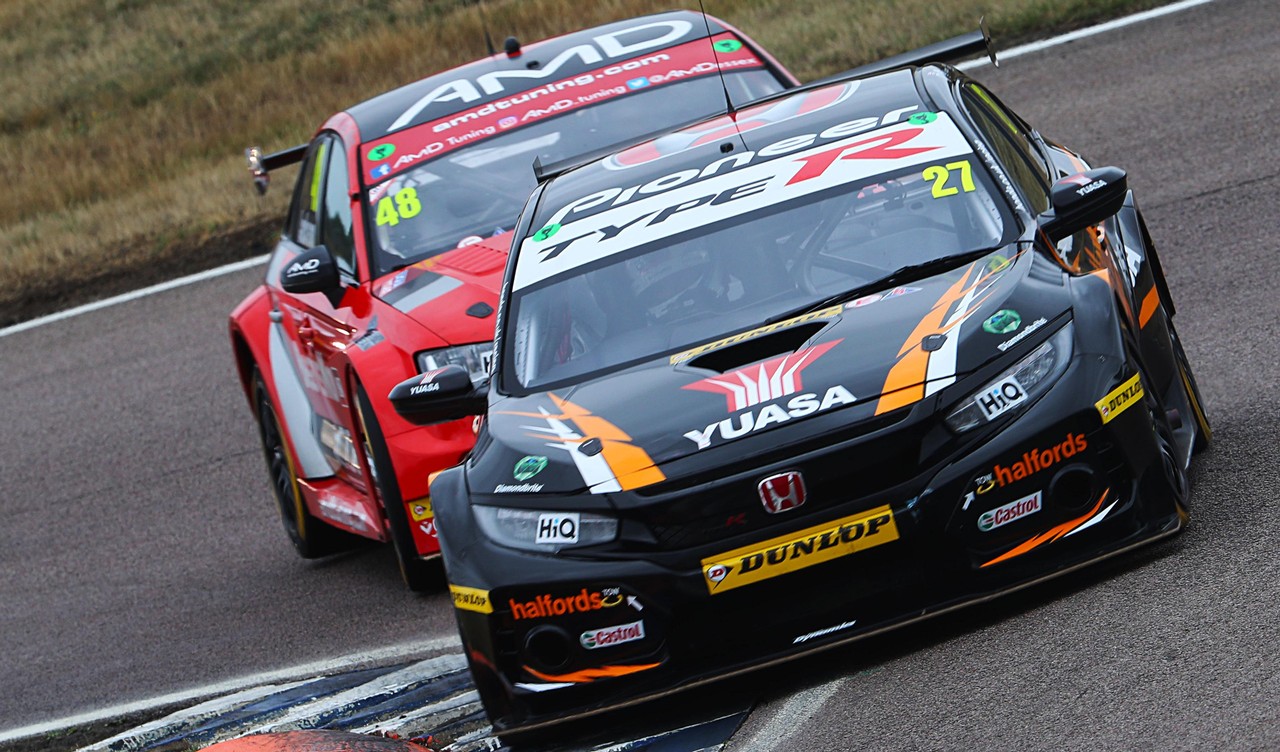 Honda heads to Scotland for Rounds 22/23/24 of the 2018 Dunlop MSA British Touring Car Championship at the iconic Knockhill Circuit looking to scale the podium once again in the series’ northernmost event.

An immensely popular fixture on the BTCC calendar for decades, the much-loved undulating layout cut into the Fife countryside has remained largely untouched and is renowned as a stage for some of the series’ most iconic door-to-door tussles.

After a difficult weekend in Rockingham, Halfords Yuasa Racing is turning its attentions towards a positive performance in Knockhill in the Civic Type R (FK8). A venue it has enjoyed immense success at in previous years, the Team Dynamics-backed squad has achieved podium results at Knockhill every season since 2010.

Indeed, Matt Neal has fond memories of Knockhill having accumulated seven of his 63 career BTCC wins around the demanding venue, including victories in three successive seasons between 2014 and 2016. Despite a tough weekend last time out in Rockingham, Neal comes to Knockhill with impressive momentum having amassed one of the series’ most reliable points scoring records at the wheel of the new generation Civic Type R.

Team-mate Dan Cammish strengthened his points tally and advantage in the Jack Sears Trophy with a brace of top ten finishes in Rockingham, results that put him in good stead for Knockhill where he has won multiple races in both the Porsche Carrera Cup GB and British Formula Ford.

In the overall standings, Honda remains in the hunt for the Manufacturers’ title in second position, 28 points adrift of the top spot, while Halfords Yuasa Racing is only two points shy of the lead in the Teams’ reckoning.

Matt Neal:
“It was a tough weekend in Rockingham but it just makes us more determined to bounce back for Knockhill and get back onto the podium. That weekend showed just how important qualifying is in a championship as competitive as this so we will be focusing hard on ensuring we start on the right foot in Scotland and go from there. The racing is frenetic at Knockhill but as long as we stay out of trouble we have a great chance of a strong result. Honda has a brilliant record there for good reason and the Civic Type R (FK8) rides the kerbs very well so I am hopeful we will be right up there again.”

Dan Cammish:
“Every race weekend is a learning curve for me and I am certainly discovering more and more every time I get behind the wheel of the Civic Type R. We showed front-running pace at Rockingham and while we didn’t get the results we deserved there, it gives me confidence that we are heading in the right direction. With its balanced chassis, a strong engine to pull through those inclines and minimal ballast on board, Knockhill will be a primary opportunity for me to achieve a good qualifying position and pick up some well-earned points.”