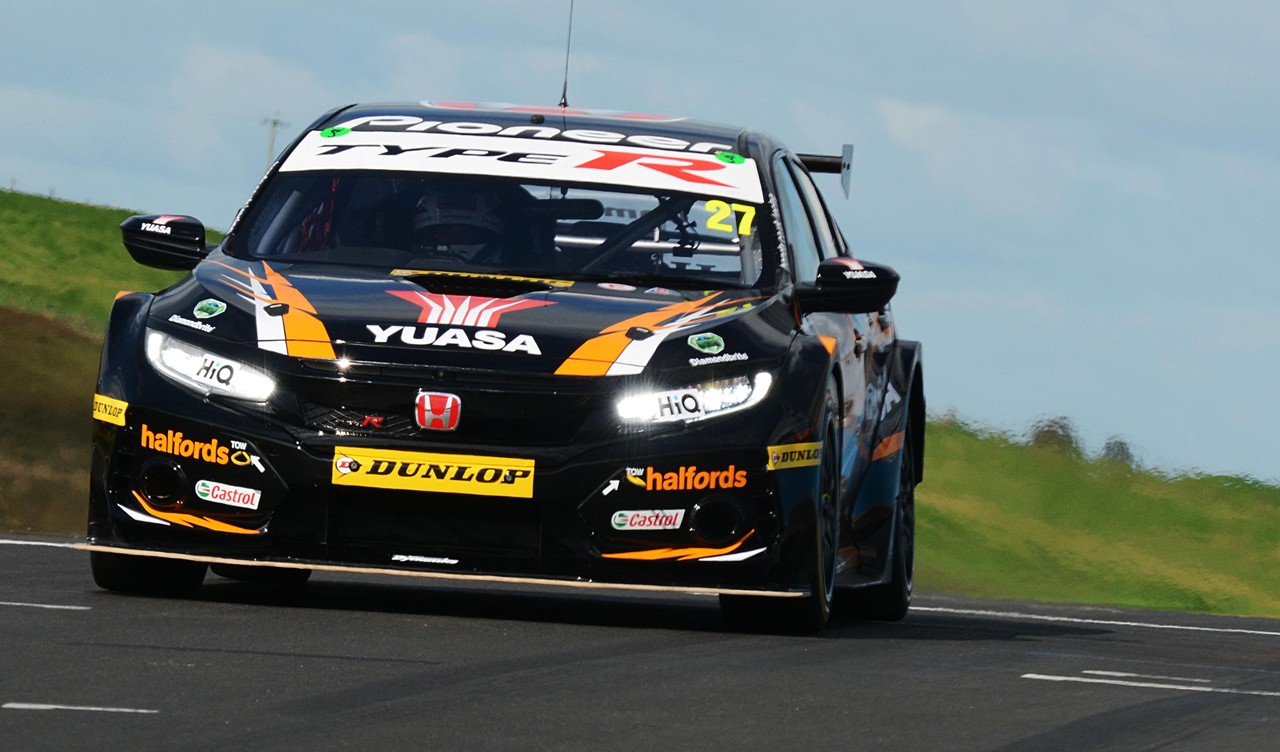 One of the best-known and best-loved motor sport venues in the world, while the BTCC makes use of the shorter 2.638km National Circuit configuration for its annual jaunt to the ‘Home of British Motor Racing’, drivers will still follow in legendary wheeltracks as they round famed bends as Copse, Woodcote and Brooklands.

In a year that has seen both Neal and Cammish make headlines at the wheel of the new Civic Type R having now accumulated multiple wins, podiums and pole positions – most recently a maiden pole for rookie racer Cammish at Knockhill – the pair head to Silverstone in high spirits and with their eye on yet more silverware.

Indeed, despite mixed fortunes for the Halfords Yuasa Racing team last time out in Scotland, the notoriously competitive nature of the BTCC means there remains everything to play for in the drivers’, teams’ and manufacturers’ championships, while Cammish maintains a comfortable advantage in the Jack Sears Trophy.

For Neal, the penultimate round of the season will see his Civic Type R shed a sizeable portion of its ballast, a benefit the three-time BTCC champion believes gives him a fine chance of repeating his victory for Honda at Silverstone twelve months ago.

After complementing his qualifying milestone with a brace of podiums come race day in Scotland, the in-form Cammish too has high hopes the Civic Type R will be well suited to the flat, sweeping curves of the legendary Silverstone Northamptonshire venue.

Matt Neal:
“I’m feeling really buoyant coming to Silverstone and I really can’t wait to get back out on track. We’ve had a challenging couple of rounds but we’re in much better shape for Silverstone and I’m confident we will have one of the most competitive packages out there. Better still, we won’t be carrying too much weight and in a championship where the smallest edges can make the biggest difference, that can only be a positive at this critical stage of the season. I believe in the Halfords Yuasa Racing team and the car, so I am going to be pushing for every possible point. If you’re a Honda supporter, get your colours on, come down and give us some support!”

Dan Cammish:
“After a big step forward at Knockhill I’m eager to maintain that forward momentum at Silverstone and bring home another strong set of results for the Halfords Yuasa Racing team. Looking ahead to Silverstone, the new Civic Type R should be well suited to this circuit and we will surely benefit from having a lighter car than many of our direct competitors. With this in mind, I come into the event feeling energised and confident of a successful weekend.”