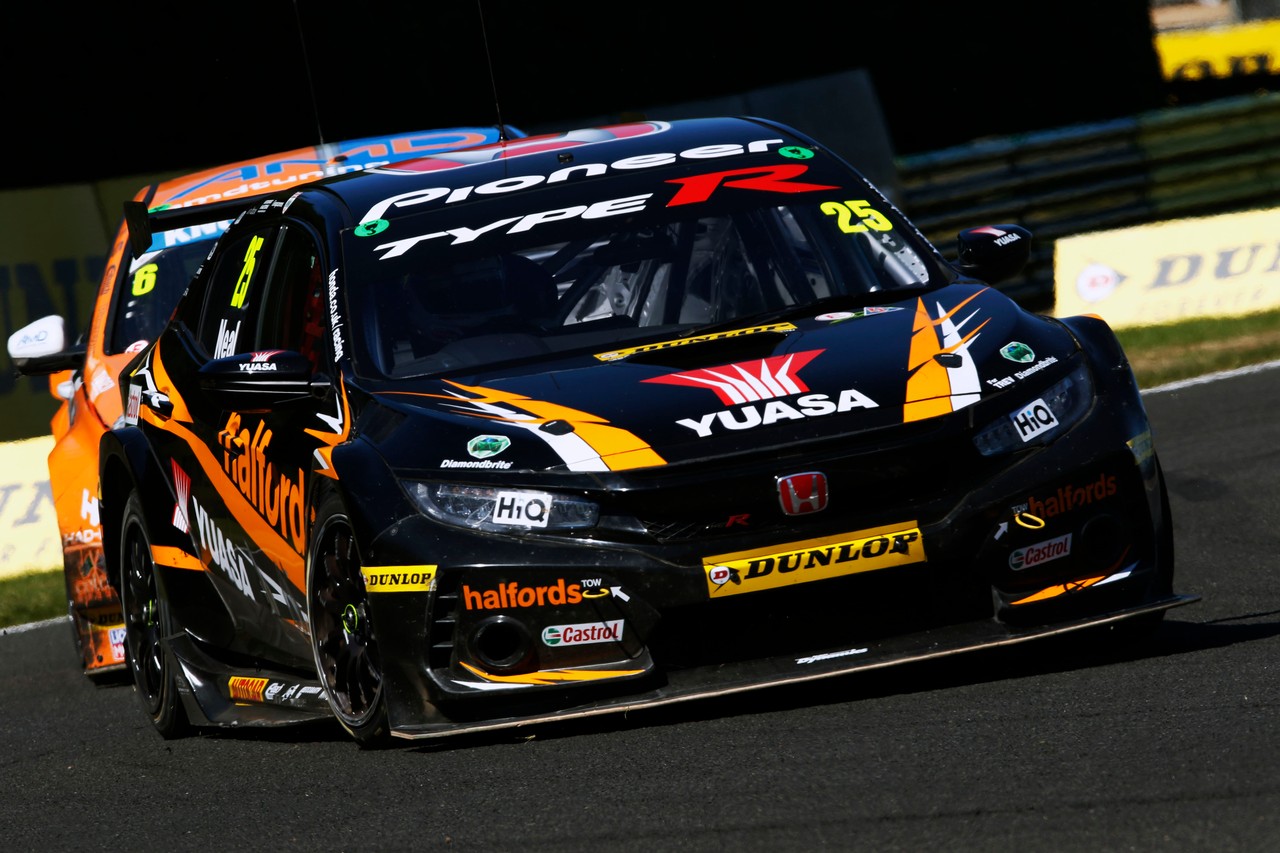 Halfords Yuasa Racing has its eyes on one of the most sought-after prizes to be won this season as the Dunlop MSA British Touring Car Championship resumes at Snetterton with a particularly special triple-header to mark the 60th anniversary of Britain’s hugely popular tin-top series.

The Team Dynamics-backed Honda squad returns from the summer hiatus looking to continue its charge towards the head of the leaderboard after Matt Neal’s strong trio of points finishes last time out in the Honda Civic Type R (FK8) at Croft lifted him to third in the drivers’ standings. Honda is similarly primed to attack from second position in the manufacturers’ reckoning.

With every point set to be crucial in what is proving to be another immensely competitive season, a high score has never been more important as the stakes are raised with a special third race of the weekend at the iconic Norfolk venue.

To be completed over 60 miles – approximately double the usual length for a race – this unique endurance feature will be preceded by its own qualifying session to determine the grid, with all drivers competing on a level playing with no success ballast. Perhaps most significantly, the race will ramp up the pressure by offering the lucrative reward of double points.

In what is new territory for the BTCC, Neal – who made his touring car debut in 1991 – is confident his decades of proven success across the series’ numerous eras will give him an edge in the Civic Type R around a circuit where he has previously achieved 12 podiums, including two wins.

While this will be his first experience of racing the Civic Type R FK8 at Snetterton, top rookie Cammish demonstrated his credentials with a rapid turn during the recent Snetterton BTCC test in which he headed the timesheets on day one.

It is form the Yorkshireman is confident he can replicate once the race weekend gets underway as he looks to top the podium for the first time and consolidate his advantage in the Jack Sears Trophy standings.

Matt Neal:
“It is an honour to play a part in another landmark weekend for the BTCC as a Honda driver. It is renowned as one of the top touring car championships in the world for good reason and I am proud to have made a contribution towards its internationally revered reputation over the years. Looking ahead to the event itself, while qualifying and race one will certainly be a challenge given the success ballast we’ll be carrying, the recent test demonstrated the Civic Type R is in its element at Snetterton with its blend of high-speed stretches and demanding twists and turns. As such, I will be going all-out for victory in race three, where the extra qualifying session and zero ballast puts us in a great position to bag a big chunk of double points to boost both mine and Honda’s title hopes. Bring it on!”