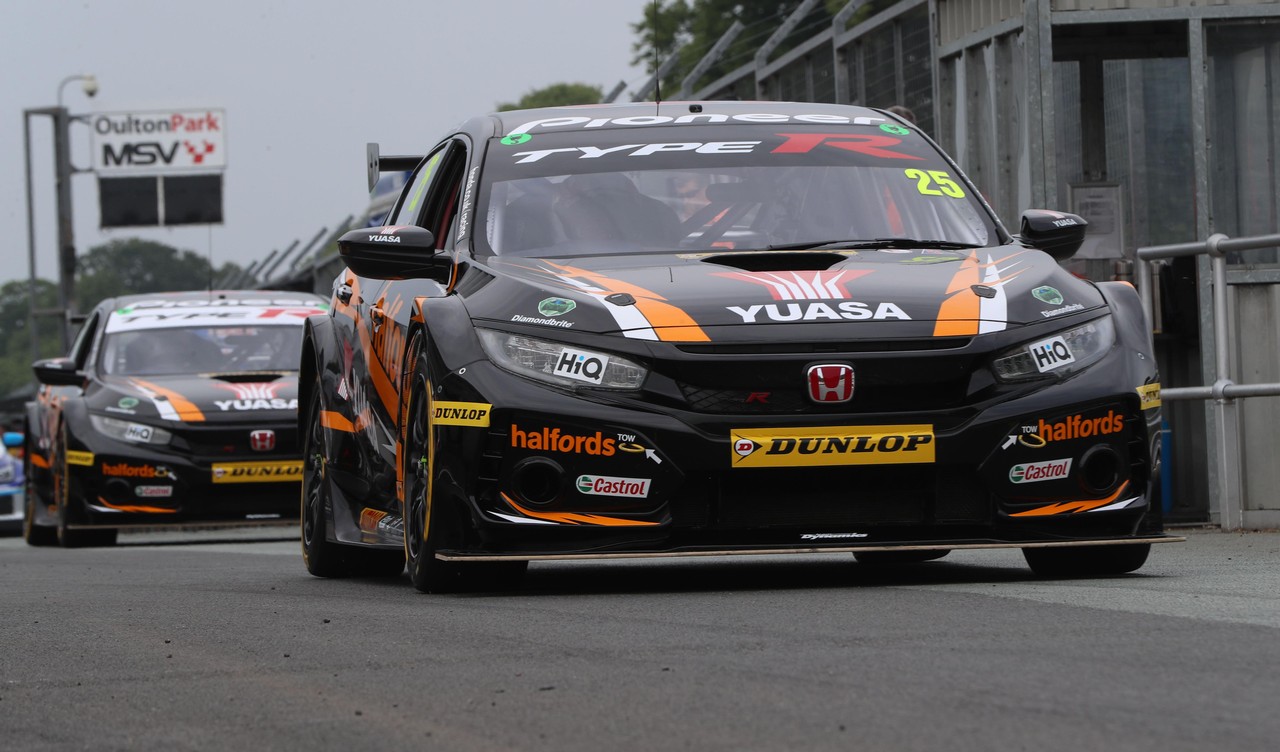 Halfords Yuasa Racing heads north for the fifth weekend on the Dunlop MSA British Touring Car Championship calendar at Croft on 23/24 June with its sights set firmly on maintaining the momentum of its burgeoning title challenge ahead of the summer hiatus.

The Team Dynamics-backed Honda squad recorded its fifth podium in four meetings with Matt Neal’s charge to second place in race two at Oulton Park behind the wheel of the new Civic Type R. The three-time BTCC champion in doing so bolstered his hopes of collecting a record-equalling fourth crown, while rookie team-mate Dan Cammish returned to the head of the competitive Jack Sears Trophy.

Only 26 points shy of the standings lead, Neal heads to Croft poised to make further inroads towards the top of the table. The demanding Yorkshire venue is known for its blend of a twisty ‘complex’ section, tricky flat-out sweepers and arguably the toughest final corner on the BTCC calendar, making it a real test of the Civic Type R’s all-round strength.

It is for this reason Neal credits Honda as having such an excellent record at Croft, with six wins and 12 podiums to his name, and why he anticipates the latest generation Type R will continue that reputation.

Retaining his position inside of the Drivers’ top ten following Oulton Park and a return to the summit of the Jack Sears Trophy for rookie drivers, Cammish takes renewed optimism to Croft as he bids for more silverware – this time on home soil.

Matt Neal:
“The championship is so close at the moment and we are right in the hunt, which is really exciting given we are achieving this with a brand-new car. Importantly, we are learning what doesn’t work, as well as what does work, and we are gathering more and more information each time we race. There is no magic wand but to have a win, five podiums and a pole position as a team after only four rounds is fantastic, so my chin is up heading to Croft. This is a technical circuit that has always demanded a good all-round package, which is why Honda has been so strong in the past and I have no doubt the Civic Type R (FK8) will also excel. It’ll be great to score another strong result ahead of the summer break so we can rest, refocus and plot our title push when racing resumes.”

Dan Cammish:
“Racing a touring car around Croft is something I’ve been looking forward to for a long time. It’s great to finally be in the main game, the main show. Croft is a great circuit and I’ve gone well there in the past. I’ve never driven this car there before so I’ll only have two practice sessions to try to figure out how to become a front wheel-drive master there! Hopefully we can do a very good job for the home crowd, and I see no reason why we can’t pick up some very good points. This is a very steep learning curve for me, but I’ve been in the mix at every race so let’s see what comes. I’ll give it absolutely everything to make sure that I get the best out of myself and the car and that everybody has a great day out. There’s a bit of home advantage before, and you do get a real kick out of knowing that the crowd’s behind you. Being in Yorkshire, I’m sure I’ll have a fair few supporters and I’m really looking forward to it.”