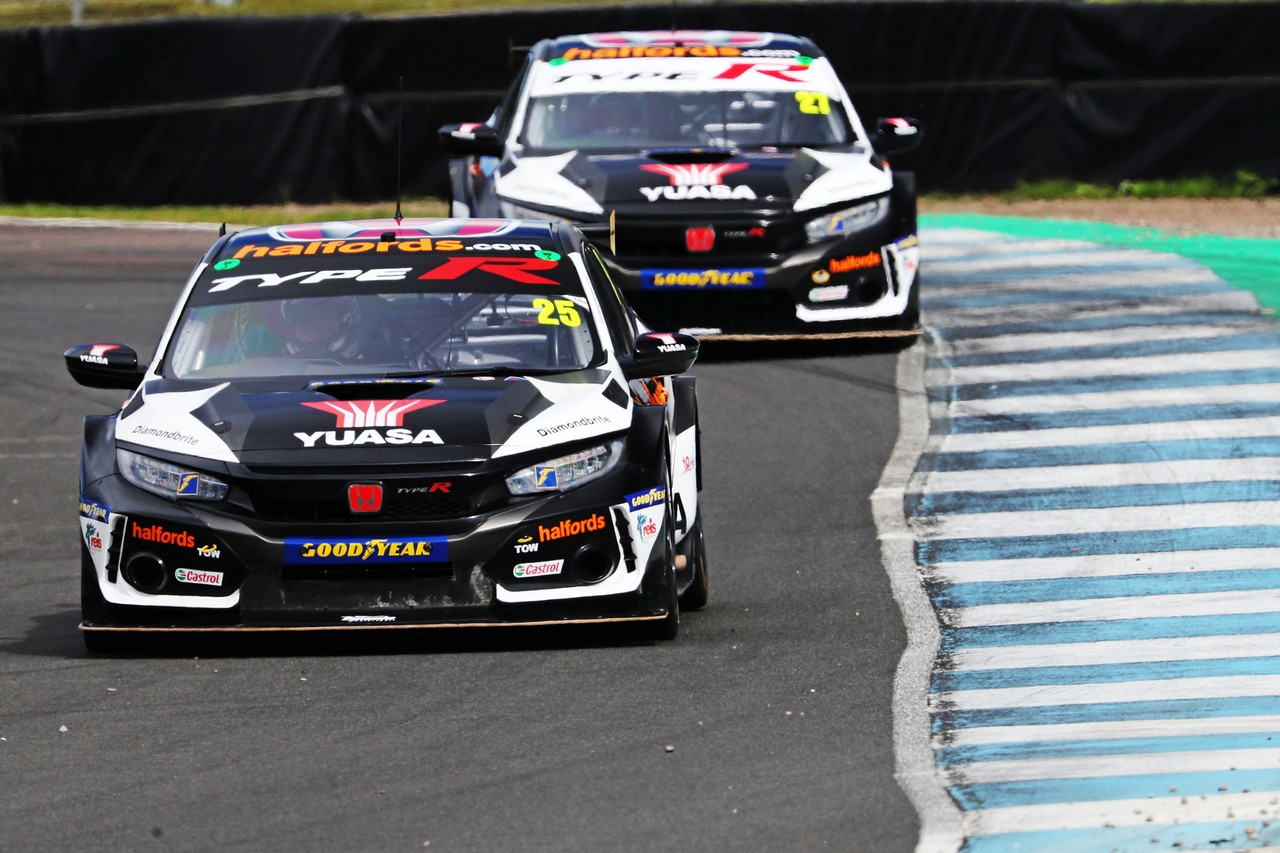 Honda British Touring Car Championship drivers Dan Cammish and Matt Neal will be targeting more success as the 2020 series reaches its halfway point on Sunday 20th September, at a track where the Halfords Yuasa Racing team has enjoyed many past victories.

The BTCC arrives at Thruxton in Hampshire, the fastest circuit on the calendar, with teams having made the most of a welcome three-week break. This pause followed a frantic start to a season delayed by the Covid-19 pandemic, with the series travelling the length of the UK to compete in 12 races over just five weekends.

The Honda team has enjoyed its strongest success record at Thruxton, scoring 12 victories there since 2011 including a memorable day in 2013 when all three races were shared by Matt Neal and his then-team-mate Gordon Shedden.

Dan Cammish took his first win of 2019 for Halfords Yuasa Racing at Thruxton, an impressive drive in treacherous weather conditions, and goes into the 2020 meeting with two wins to his name already this season. He and Matt Neal also enjoyed solid results last time out at Knockhill in Scotland, as both the Honda Civic Type R cars scored points in all three races.

Neal, meanwhile, will want to maintain a remarkable record that has seen the BTCC's longest-serving driver on the podium at every Thruxton meeting since 2002, including that day in 2013 when he took two of the three races and finished second to his team-mate in the other.

Rounds 13 to 15 of the BTCC take place on Sunday 20th September and will be shown live on ITV4.

"I had a good weekend at Knockhill, the car was on the pace and I kept seeking out the results. It could have been slightly better had I not had the coming together with Colin (Turkington) but I very much go to Thruxton with my head held high. I scored four podiums out of the six races (including a win) last year, so that is very much the target this time.
Thruxton suits the Honda Civic Type R with its fast undulating layout, so I'll be giving it my all to take points out of the championship-leading rear-wheel drive cars and to very much assert some dominance in the front-wheel drive class."