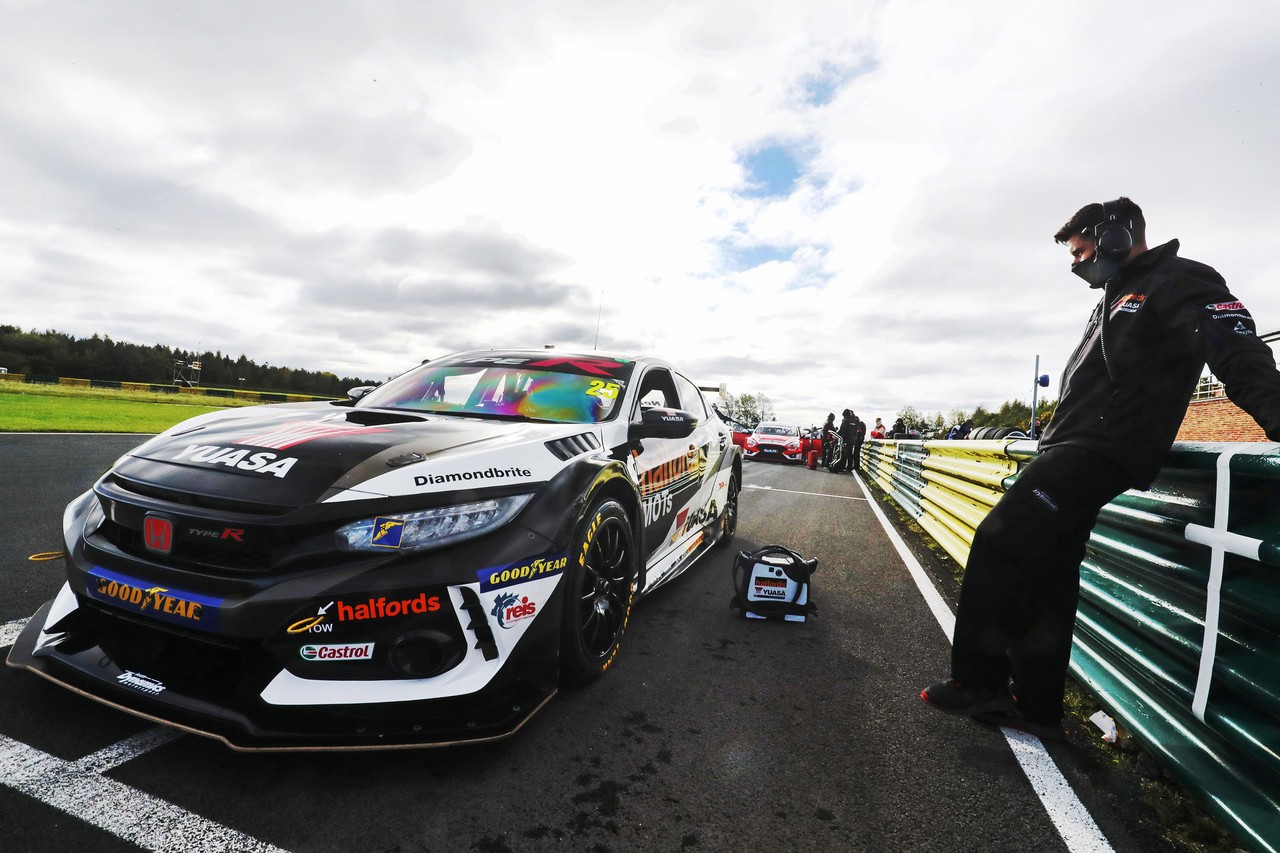 Honda British Touring Car Championship drivers Dan Cammish and Matt Neal head for the penultimate weekend of the 2020 series on top form following a dramatic day's racing in the most recent meeting at Croft.

On a circuit which favoured the rear-wheel-drive cars of title rivals Ashley Sutton and Colin Turkington, Dan Cammish made the podium in his front-wheel-drive Honda Civic Type R while both his rivals hit trouble. As a result the Halfords Yuasa Racing man heads for the Norfolk circuit of Snetterton having more than halved his deficit to championship leader Sutton, now just seven points behind.

The two Honda drivers also know the former airfield circuit suits their cars – Cammish took a brace of second-place finishes at the 2019 BTCC meeting, while a year earlier Neal triumphed in a special extended-length 'Diamond Double' race celebrating the 60th anniversary of the BTCC.

Neal will also be keen to top the podium again having crossed the finish line first at Croft, only for stewards to demote him to second place in the results after contact with Josh Cook.

Both of the works Honda drivers know that with only the season finale at Brands Hatch remaining after Snetterton, the results in Norfolk will be crucial to their championship aspirations. The three races are scheduled for Sunday 25th October and will be televised live on ITV4.

"After qualifying at Croft I knew I had a job on my hands, so I went for an alternative strategy to load the points at the end of the day and it worked! With a bit of misfortune for Ash and Colin that puts me squarely back in the hunt – the car has been awesome all season, so I think that position is justifiably ours!
Onto Snetterton, which is an old-school circuit that I really like, and I'll be targeting podiums again like I've achieved in the last two seasons. The circuit suits the front-wheel-drive cars, so I hope that we can keep pulling out a points advantage to go to the finale at Brands in a strong position to challenge."