28
Mar 2018
Beast from the East reveals its true colours 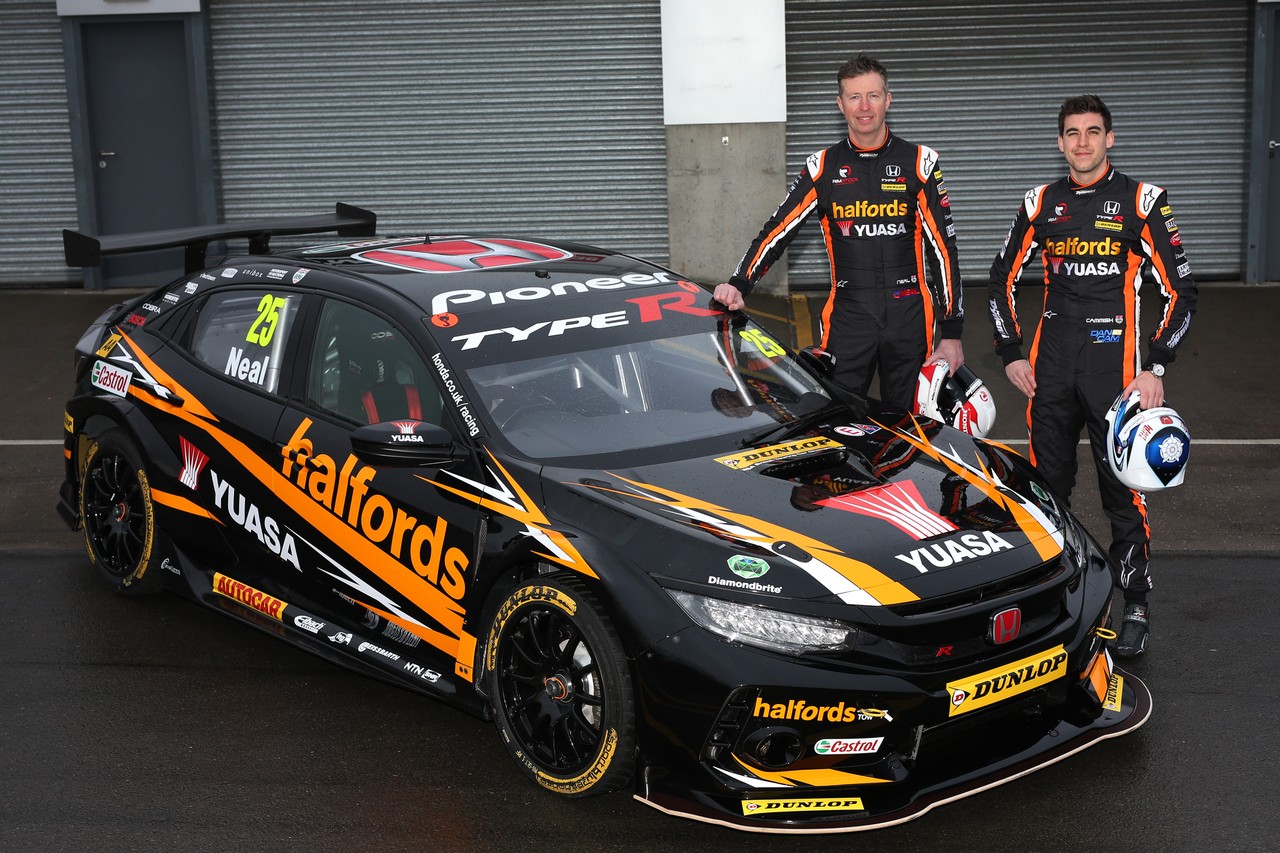 In a fiercely competitive series in which nobody stands still, Halfords Yuasa Racing’s 2018 challenger has been one of the most eagerly-anticipated new arrivals in years. Already spied testing at Parcmotor Castellolí in Spain and back on home soil at Rockingham and Brands Hatch, the Civic Type R (FK8) had only been spotted in stealth mode – until today.

Sporting the same striking black-and-orange combo as it has since 2016, Honda’s title hope will be piloted by three-time champion Matt Neal – the most experienced driver on the current BTCC grid – and series newcomer Dan Cammish, who comes with a glittering résumé having won back-to-back Porsche Carrera Cup GB titles on the TOCA support package in 2015 and 2016.

Both Neal and Cammish will take to the track alongside their 30 rivals at Donington Park this afternoon, as the first shots are fired in the quest to clinch the most coveted crown in British motorsport.

Matt Neal:
“I’ve had the pleasure over the years of driving some truly special cars for Honda in the BTCC, but I have to say, I’ve genuinely never felt as excited heading into a new season as I do right now. We’ve had a solid testing programme with the new Civic Type R and put a number of miles on the clock, and now we’ve finally been able to show this little beauty off to the watching world! To my mind, it’s the best-looking car on the BTCC grid, and you know what they say about a car that looks fast...”